TS-CHEM v2022-3 has some great new features, including new options for BIOSCREEN-AT, Dark Mode (Mac version) and the ability to double-click project files to open them. But some of the most powerful features center around the new chart controls. A brief overview of these new chart controls is included below.

All three of the major chart types (C v t, Profile, and Contour) display axes; and so does the digitized concentration chart in the Concentration Inspector tool. In TS-CHEM v2022-3, the user can now control almost every aspect of the of these chart axes including:

These controls allow for the creation of better-looking data plots.
And, in the case of the axis extent controls, they allow the user to zoom in on a portion of the chart to better examine data concentrations or trends.

CONTOUR CHART CONTOLS
Contour charts now have a second set of controls (in addition to the axis controls) that allow easy formatting of the contour intervals and the type of contour chart used to display the data.
Intervals controls allow the user to accept the automatic TS-CHEM contouring, or specify Regular Intervals (min, max, and interval), or select Custom Contours to customize the spacing and color of the contour display.

The value specified in the Boundary field (50 in the example above) serves as a plume cutoff concentration, and the plume image is transparent for concentrations below the Boundary value (see below). This makes it very easy to create a bounded plume to place on digital map using the Map Overlay feature.

Additionally, the Style for a contour chart can be selected from a dropdown menu containing the following options:
An example of a Lines Only – Color contour chart is shown below.

These sets of controls, tailored to each of the different chart types, provide the tools needed to produce report- or presentation-ready graphics from your TS-CHEM plume transport modeling analyses.
To learn more about the new features TS-CHEM v2022-3, or to download a FREE DEMO VERSION of the software, visit the TS-CHEM Website today

Understanding Plume Movement at a Site

Environmental professionals are often tasked with investigating contaminated sites to understand the nature and extent of contamination in groundwater, and select an appropriate remedy that will effectively limit migration of impacted groundwater, treat it, and prevent groundwater plumes from reaching sensitive receptors.  To do this, a sound conceptual site model (CSM) is necessary, which requires not only collection of adequate site data (including groundwater sampling data, water level elevation data, and information on site hydrogeologic conditions) and application of professional judgement, but also the use of data analysis tools and techniques that allow for a better understanding of the fate and transport of contaminants in groundwater.

Although there are a number of analytical solute transport modeling tools that are freely available (such as the Pennsylvania Department of Environmental Protection’s Quick Domenico Model, and the United States Environmental Protection Agency’s BIOCHLOR model), these tools are relatively simple, and while they serve as great screening level tools, they are typically limited in how they represent site source conditions (e.g., as a constant concentration “patch” source) and in how they present results (often only a simple concentration versus distance curve with no plume contour plot).

Better Representation of the Contaminant Source

Simplified source condition models may be adequate for some site analyses  (e.g. for conservative screening analyses) but, in reality, sources of groundwater contamination are usually more complex, and may need to be represented in a different way.  Does this mean that as an environmental professional, you have to plan on additional budget for the development of a more sophisticated 3D numerical fate and transport model, or forgo any modeling analyses altogether due to budget and time constraints? The answer is no.

As environmental professionals ourselves who routinely conduct solute transport modeling analyses as part of our work, we wanted to develop a tool that included the many analytical solutions that have been developed over the last several decades – essentially, a “Swiss Army Knife” of solute transport modeling.  So, we developed TS-CHEM to include a library of More than 30  Analytical Solutions, each with different capabilities, including how they represent contaminant sources.  The various solutions within the TS-CHEM library are capable of representing sources as points, lines, volumes, and patches (including rectangular and circular geometries).  Additionally, source concentrations can be continuous, constant, decaying, and/or transient.  This provides a great deal of flexibility in allowing for the selection of source configurations that best represent site conditions.

Better Presentation of Analysis Results
In addition to having only limited capabilities with regard to source representation, many freely available solute transport modeling tools also lack the ability to analyze and interpret modeling results – often only showing simple plots of concentrations vs. time/distance.  As environmental professionals, there are typically other information needs that arise when developing our CSMs and planning remedies. For example, what volume of water is impacted?  What is the estimated contaminated mass within the plume?  What is the mass flux through a segment of the plume?  Based on our experience in performing solute transport modeling analyses to assist with CSM development and remedy planning (and having these kinds of questions come up), we built in a whole suite of analysis tools into TS-CHEM, including tools that allow for the estimation of:
• Plume area
• Plume volume (including total aquifer volume, and water within aquifer materials)
• Plume mass
• Average plume concentration
• Plume mass flux
These TS-CHEM analysis tools allow environmental professionals to quickly and easily obtain key information about groundwater plume characteristics, without having to export data and analyze it in another software program (or programs) – another reason why TS-CHEM is the “Swiss Army Knife” of solute transport modeling!
To learn more about TS-CHEM, or to download a FREE DEMO VERSION of the software, visit the TS-CHEM Website today!
at December 09, 2022 No comments:

Visualize Your Modeled Plume with the New Map Overlay Feature

One of the most exciting new additions in the latest release of TS-CHEM (version 2022-2, which can be downloaded HERE) is the new “Map Overlay” feature.  After a concentration contour chart has been created and displayed, the TS-CHEM Map Overlay tool can be used to visualize the calculated plume. The plume is displayed as an overlay on a digital map, with the source located at the user-entered address. Attributes of the map and the plume can be modified using various Map Overlay controls.

A popup will appear that allows you to enter an address, and then click “Go”.  For example, entering “Statue of Liberty NY” will display your contoured plume with its origin at the Statue of Liberty (as shown in Figure 2 below).

Once your contour plot is overlayed on your site of interest, you can use the “Map”, “Plume”, “Overlay”, and “Metrics” tabs within the Map Overlay window to modify and customize your overlay as desired.  Specifically, these tabs can be used to do the following

Once you have adjusted and customized your map to your liking, simply click the “Save Image” button, in the lower right corner of any of the Map Overlay tabs, which allows you to export the Map Overlay image as a .PNG or .JPEG (.JPG) file (which can then be used to incorporate into a report figure, slide deck, etc.)
In addition to the new Map Overlay feature, several other updates and improvements have been incorporated into TS-CHEM version 2022-2, including:
To take advantage of these updates and improvements and test out the new Map Overlay feature, head over to the TS-CHEM Website to download version 2022-2 today!
at August 17, 2022 No comments:

We are pleased to announce the release of TS-CHEM version 2022-1!  Key updates in this new version include the following: 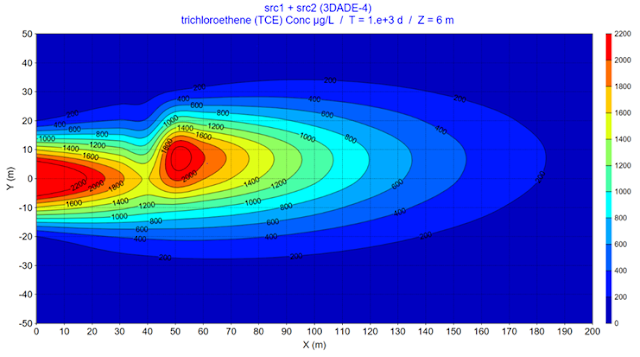 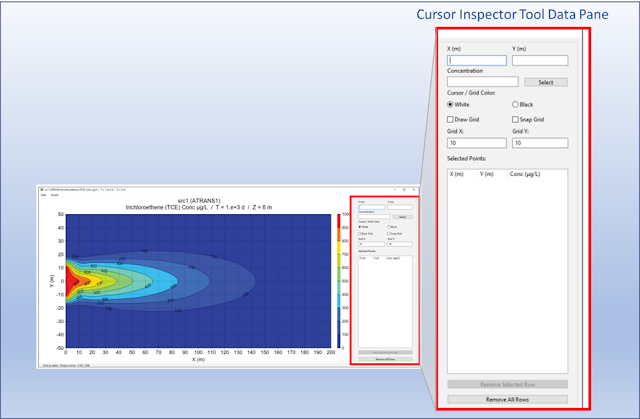 Figure 2 – Concentration Cursor Inspector Tool Data Pane
Concentration contour labels can be displayed or hidden, and their font type, size, and color are user selectable.
New data controls were designed to prevent inadvertent entry of extraneous spaces or item separators that in some cases interfered with the proper calculation and display of model results.
In addition, the new Concentration Inspector tool provides the user with a way of analyzing calculated plume concentrations. Concentration values on any selected output plane can be mapped and inspected using the cursor to examine concentration trends in the plume. X, Y, Z, C data at selected locations can be saved to the inspector list, and then exported for cross-section plotting in Excel of other graphic software.
Visit the Transport Studio Website today to download the latest version of TS-CHEM!

A Quick Start to Exploring TS-CHEM

Within minutes, you can run your own solute transport models using TS-CHEM! To start using and discovering what TS-CHEM can do, follow these simple instructions:
1. Navigate to the TS-CHEM website purchase page and click on the blue "Try TS-CHEM Demo" button.
2. Select your operating system and click "Checkout." (There is no charge for the demo, and no credit card information is required.) After entering some basic information, you will receive an email with a link to download TS-CHEM, a quick start guide, and a more detailed user manual.
3. Once you download and install the software, launch TS-CHEM to enter the demo version of the software.
4. Download and open the Quick Start Guide PDF, which will take you through the process of  creating a single source model as well as a 2-source model that generates a commingled contaminant plume.
5. By the end of the Quick Start Guide (which should take about 10 minutes), you will be able to produce the two-source solute transport model shown below:
at October 19, 2021 No comments:

Introduction to TS-CHEM Features and Applications

TS-CHEM is a software studio for solute transport modeling within which the user can: 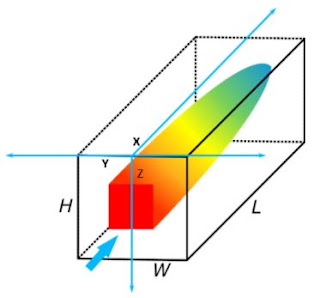 For brief introductions to the main TS-CHEM features, view these videos.
And check out these TS-CHEM example applications.
at October 15, 2021 No comments: